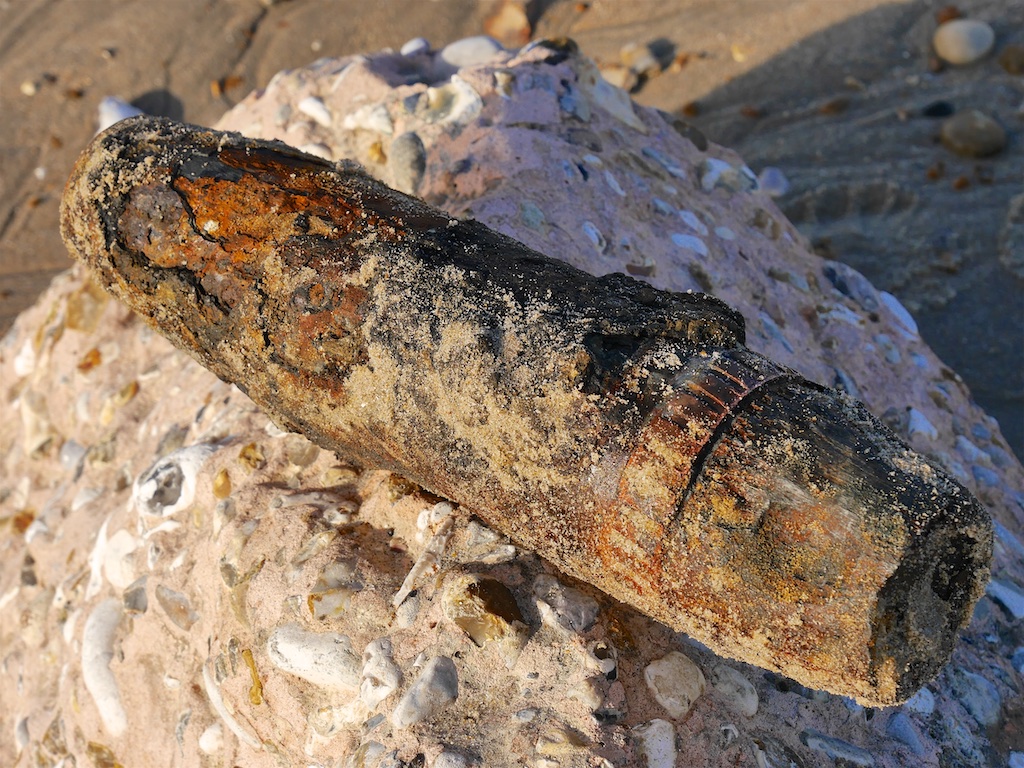 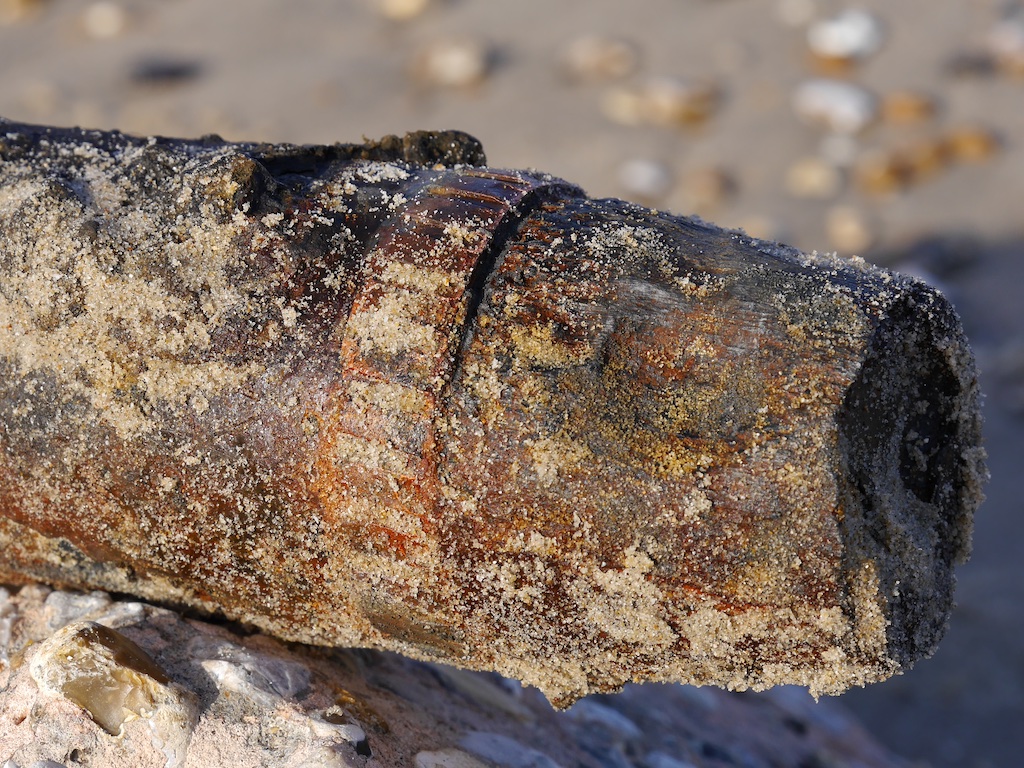 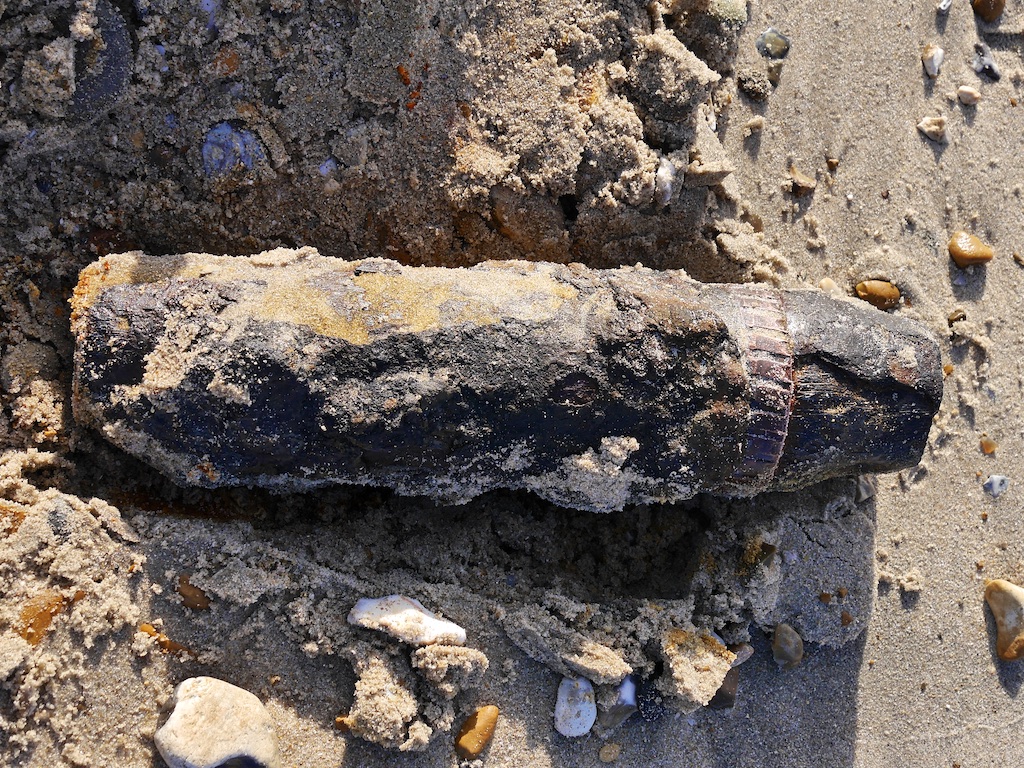 There are two things about beaches that I have always thought about in different ways. Firstly, is finding a corpse. To this day I haven't and truly hope I never will. Secondly, is a UXO or unexploded ordnance. Now this is a different matter and in November 2013 I did just that but I didn't know it at the time.

On part 53 of my Kent & Sussex Shoreline Walk I came across an unfamiliar object, laying lonely in the sand at Pagham Harbour, West Sussex. On inspection it was over 12 inches long, tubular with a curious brass ring about a quarter of its length in. This I later learned meant it hadn't been fired.

Corroded and battered, I had an idea what it was but didn't really know. After picking it up, giving the lump the once over and poking it with a stick (like you do), I set it back down and went on my merry way.

After viewing the day's photos, a little research revealed the curiosity to be an anti-aircraft shell (one of ours) which had been buried at sea after WWII and subsequently washed up after heavy storms.

In the case of a repeat event, I shall now know what to look for. Apparently, explosions are rare with ordnance this old with salt water corrosion but caution is strongly advised. I still wish I had brought it home for a garden ornament though!

If you find a UXO, contact the police with as much information as possible.